I have started to write quick reviews for EVERYTHING I read, whether it be a 600 page book by a traditionally published author or a 5 page short story I downloaded for free from Amazon.  I will start with the book I just finished  20 minutes ago:  Flesh Gothic by Edward Lee.

This is the second book I have read by Mr. Lee, the first being Ghost Train.  I'll give it a solid 3 stars because, while I wouldn't recommend it to someone else to read unless they were a huge fan of splatterpunk horror, it wasn't awful and kept my attention.

The plot, as with most of Mr. Lee's and Richard Laymon's books, centers around sex.  But this book goes even further, exploring the most carnal, depraved and violent sexual experiences one can imagine. Lee paints a very vivid portrait of sex and violence becoming intertwined to create a sort of Hell on earth and it can get a little uncomfortable.  But that's his purpose, so I can't complain.

There isn't anything deep about this book, nothing philosophical, nothing to really dissect or wonder about once it is over.  It is what it is:  a quick, fun romp full of blood and monsters, murder and sex, betrayal and violence.

And all of that being said, I think what bothered me the most was that the book didn't have a satisfactory conclusion.  It felt like Act 1 in a 2-Act book, and when it was over, I asked myself: Is that it?  It felt like it needed another hundred pages.  Or a sequel.  for two reasons.  One, to finish the story. And two, to close some of the nagging plot holes.

Anyway, that is all I will say on this book.  If you are a fan of the SAW movies and like books that are not terribly scary but full of sex and gore, then pick it up.
Posted by Bradley Convissar at 10:37 PM

Email ThisBlogThis!Share to TwitterShare to FacebookShare to Pinterest
Labels: Reviews 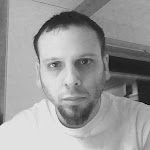